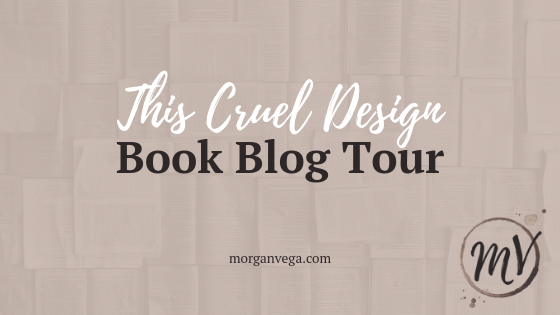 So I received both This Mortal Coil and This Cruel Design by Emily Suvada for free in exchange for review and omg. 😍 I’m so happy I signed up for this blog tour.

I didn’t expect to be obsessed with this series but here I am. 🖤

And don’t miss out on the giveaway at the end of this post!

This Cruel Design by Emily Suvada 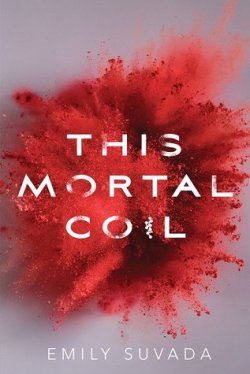 Catarina Agatta is a hacker. She can cripple mainframes and crash through firewalls, but that’s not what makes her special. In Cat’s world, people are implanted with technology to recode their DNA, allowing them to change their bodies in any way they want. And Cat happens to be a gene-hacking genius.

That’s no surprise, since Cat’s father is Dr. Lachlan Agatta, a legendary geneticist who may be the last hope for defeating a plague that has brought humanity to the brink of extinction. But during the outbreak, Lachlan was kidnapped by a shadowy organization called Cartaxus, leaving Cat to survive the last two years on her own.

When a Cartaxus soldier, Cole, arrives with news that her father has been killed, Cat’s instincts tell her it’s just another Cartaxus lie. But Cole also brings a message: before Lachlan died, he managed to create a vaccine, and Cole needs Cat’s help to release it and save the human race.

Now Cat must decide who she can trust: The soldier with secrets of his own? The father who made her promise to hide from Cartaxus at all costs? In a world where nature itself can be rewritten, how much can she even trust herself? 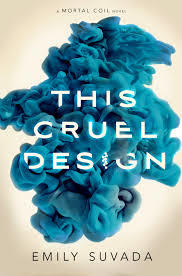 Cat thought the Hydra epidemic was over, but when new cases pop up, Cat must team up with an enemy to fix the vaccine before the virus spirals out of control in this thrilling sequel to This Mortal Coil, which New York Times bestselling author Amie Kaufman says “redefines ‘unputdownable.’”

The nightmare of the outbreak is finally over, but Cat’s fight has only just begun.

Exhausted, wounded, and reeling from revelations that have shaken her to her core, Cat is at a breaking point. Camped in the woods with Cole and Leoben, she’s working day and night, desperate to find a way to stop Lachlan’s plan to reprogram humanity. But she’s failing—Cat can’t even control her newly regrown panel, and try as she might to ignore them, she keeps seeing glitching visions from her past everywhere she turns.

When news arrives that the Hydra virus might not be as dead as they’d thought, the group is pushed into an uneasy alliance with Cartaxus to hunt down Lachlan and fix the vaccine. Their search takes them to Entropia, a city of genehackers hidden deep in the desert that could also hold the answers about Cat’s past that she’s been searching for.

But when confronted with lies and betrayals, Cat is forced to question everything she knows and everyone she trusts. And while Lachlan is always two steps ahead, the biggest threat to Cat may be the secrets buried in her own mind. 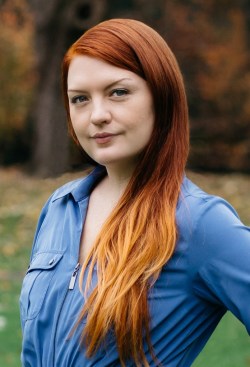 Emily Suvada was born and raised in Australia, where she went on to study mathematics and astrophysics. She previously worked as a data scientist, and still spends hours writing algorithms to perform tasks which would only take minutes to complete on her own. When not writing, she can be found hiking, cycling, and conducting chemistry experiments in her kitchen. She currently lives in Portland, OR, with her husband.

For both books, I got swept away in the plot and the complexities of this dystopian world. (I’m trash for dystopian.) I kept thinking I knew what was coming, but plot twist after plot twist kept me rethinking and guessing and hanging on to each chapter. Plus, almost every chapter—not to mention book—ended on a cliff hanger, and I was desperate to know what would happen next. (I’m also desperate for the third book in this series.)

Dystopians, I love them, but they can end up feeling repetitive—but this was a unique take on the genre. Hacking, coding, cloning. It’s science fiction, but it’s also now, so the story felt more immersive and believable.

I also loved Cat, complex yet compassionate Cat. She’s likeable but not too likeable, which is basically my perfect protagonist. 👍🏻 The secondary characters are also so incredibly developed, particularly our love interest Cole and goofy brother Leoben.

From the world building to the characters to the plot, I’m honestly in awe of Emily Suvada’s writing style. ✨ This is such a big story and she keeps pulling it off. Fingers crossed I love the third book just as much! 🤞🏻

Check out the rest of the stops along this book tour!