I’m a part of another book’s blog tour, thanks to the Fantastic Flying Book Club!

As a BookTuber, I had heard a lot of mixed reviews about the first book in The Androma Saga, Zenith, by Sasha Alsberg—a way more popular BookTuber—and Lindsay Cummings. The second and final book Nexus exceeded my expectations. I’m glad I gave this story a chance and made up my mind for myself.

Check out my review below, and don’t miss the giveaway at the end of this post! 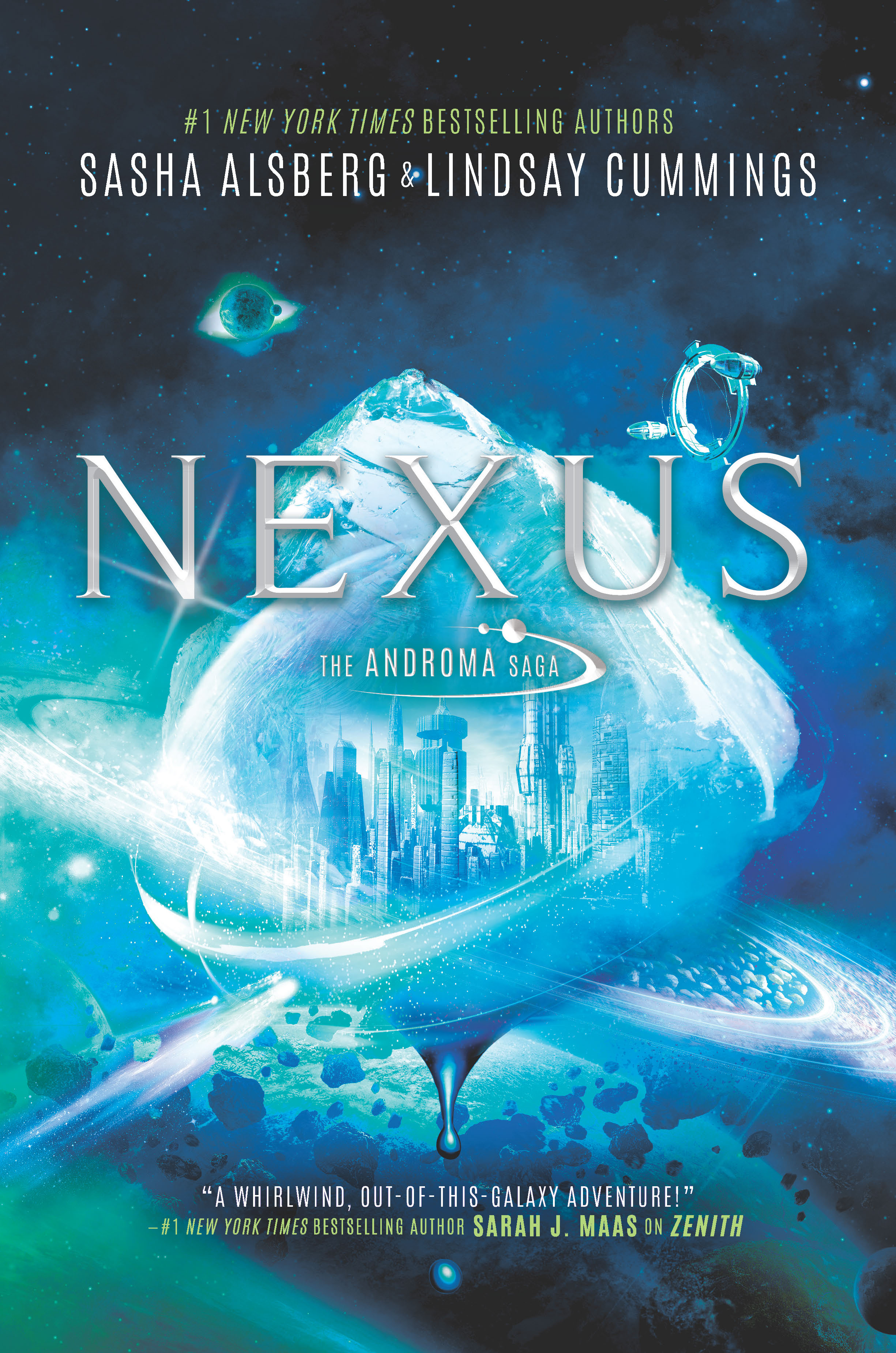 Her ship is gone, her crew is captured and notorious mercenary Androma Racella is no longer the powerful Bloody Baroness, but a fugitive ruthlessly hunted across the Mirabel Galaxy. The bloodthirsty Queen Nor now rules most of the galaxy through a mind-control toxin and she’ll stop at nothing to destroy her most hated adversary.

Andi will risk anything, even her precious freedom, to find a cure. Stranded with her unlikely ally, Dex, on the unforgiving ice planet of Solera, their plan to infiltrate a black-market city proves dangerously irresistible.

Back in Arcardius, Nor’s actions have opened Mirabel to invasion. As Andi’s crew fights to regain their freedom, Andi and Dex discover a threat far greater than anything they’ve faced before.

Only by saving their mortal enemy can the crew of the Marauder make one last desperate strike to save the galaxy—unaware that a shattering, centuries-old secret may demand the most wrenching sacrifice of all. 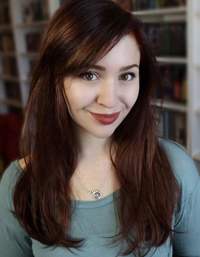 Sasha Alsberg is the #1 NYT Bestselling Co-Author of ZENITH: The Androma Saga.

When Sasha is not writing or obsessing over Scotland she is making YouTube videos on her channel Abookutopia. She lives in Massachusetts with her dogs, Fraser and Fiona

For her writing, she is represented by Joanna Volpe at New Leaf Literary.

Lindsay Cummings is the #1 NYT Bestselling co-author of ZENITH, along with her duology, THE MURDER COMPLEX from Greenwillow Books/HarperCollins, and the MG trilogy THE BALANCE KEEPERS, from Katherine Tegen Books/HarperCollins. She is represented by Pete Knapp at Park Literary in NYC.

Lindsay deals with chronic fatigue, writes full time from her home in the deep woods in North Texas, and loves to chat with fellow book nerds. Lindsay created the #booknerdigans hashtag.

She’s still waiting on her letter from Hogwarts–it was probably just lost in the mail.

Again, this book exceeded my expectations. The characters, the world building, the adventure, the pacing. I flew through this book because the story kept me engaged. I never felt bored. I just kept flipping pages.

So I have a confession: I never read Zenith. There’s a trigger warning for rape in Zenith, and with my current mental space, I didn’t want to spiral. With that said, if you haven’t read Zenith yet, you can still jump right in to Nexus. Sasha and Lindsay expertly engage the reader while also catching up the reader from Zenith.

My favorite aspect of this book was the character development and its multiple point of views. Each chapter focused on a different character, which developed and propelled the story forward. Even with the point of view changes, I still followed along and understood the story without having read the first book.

I’m so glad I gave this book a try—enter the book giveaway below and give it a try too!

Enter the giveaway to win a copy of Nexus!