Ahh, I needed this solid, queer science fiction in my life.

Thank you to the Fantastic Flying Book Club for giving me the opportunity to be on this tour!

Don’t miss the giveaway at the end of this post!

Tarnished Are the Stars
by Rosiee Thor 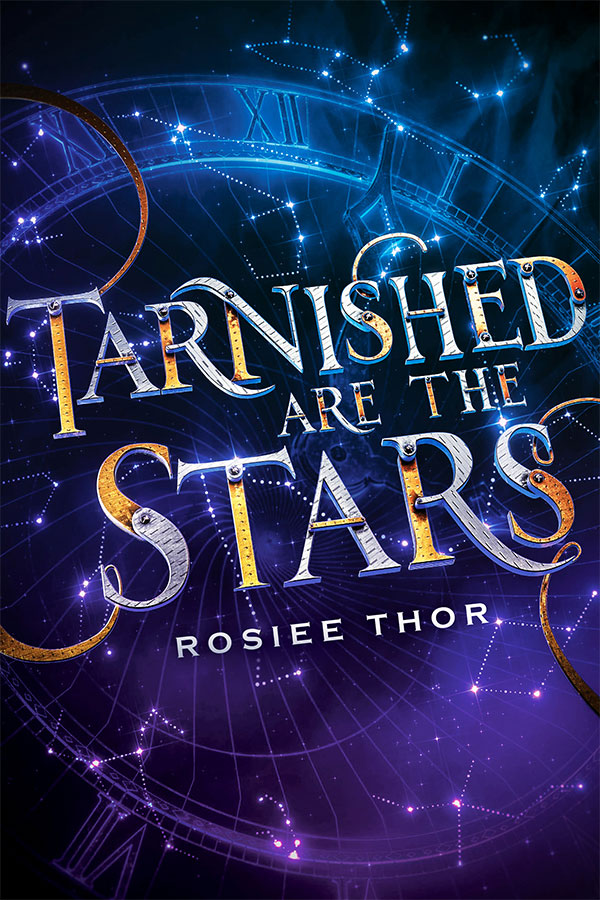 The Lunar Chronicles meets Rook in this queer #OwnVoices science-fantasy novel, perfect for fans of Marissa Meyer and Sharon Cameron.

Nathaniel Fremont, the Commissioner’s son, has never had to fear the law. Determined to earn his father’s respect, Nathaniel sets out to capture the Technician. But the more he learns about the outlaw, the more he questions whether his father’s elusive affection is worth chasing at all.

Their game of cat and mouse takes an abrupt turn when Eliza, a skilled assassin and spy, arrives. Her mission is to learn the Commissioner’s secrets at any cost—even if it means betraying her own heart.

When these uneasy allies discover the most dangerous secret of all, they must work together despite their differences and put an end to a deadly epidemic—before the Commissioner ends them first.

The only reason this wasn’t a five star read for me is because it took me a long time to get into. Once I did, though, this became a great read.

“Murder comes in many shapes. You don’t always have to look someone in the eye and watch them die to be their killer.”

“He wished she wouldn’t. He did not deserve to be touched, marred by dirt and filth and the kind of blood no one could see.”

“I don’t give much credence to regret. I can’t go back and change what’s done. All I can do is take what I learned and do better next time.”

“But perhaps all pretty things have thorns. The best things, at least, most certainly do.”

Rosiee Thor began her career as a storyteller by demanding that her mother listen as Rosiee told bedtime stories instead of the other way around.

She lives in Oregon with a dog, two cats, and four complete sets of Harry Potter, which she loves so much, she once moved her mattress into the closet and slept there until she came out as queer.

Enter the giveaway to win a signed hardcover copy of Tarnished Are the Stars!