This cover. My moon-child heart has all the feels. 🖤

Thank you to the Fantastic Flying Book Club for giving me the opportunity to be on this tour.

Check out the trailer and giveaway at the end of this post! ☽

Woven in Moonlight
by Isabel Ibañez 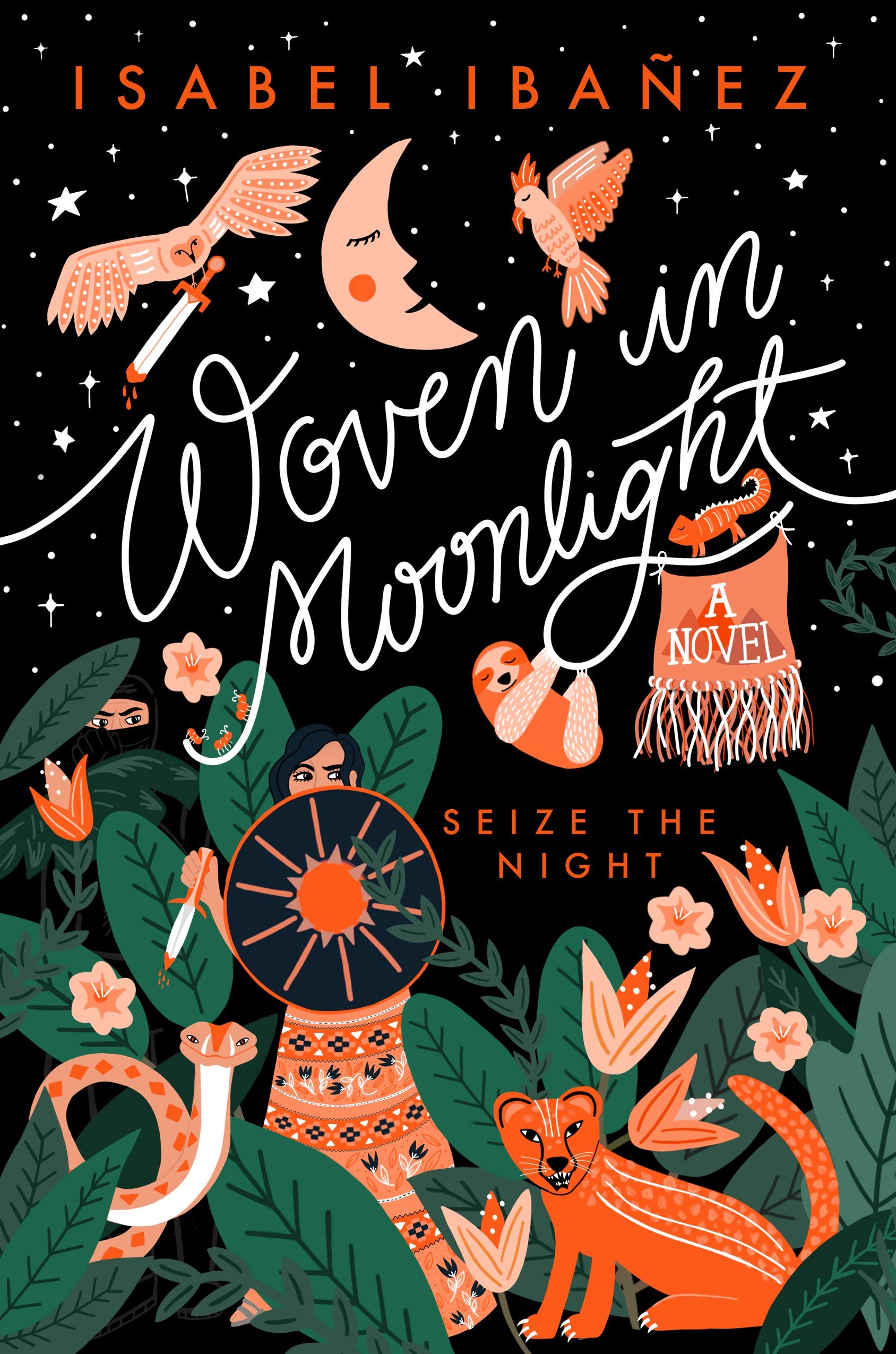 A lush tapestry of magic, romance, and revolución, drawing inspiration from Bolivian politics and history.

Ximena is the decoy Condesa, a stand-in for the last remaining Illustrian royal. Her people lost everything when the usurper, Atoc, used an ancient relic to summon ghosts and drive the Illustrians from La Ciudad. Now Ximena’s motivated by her insatiable thirst for revenge, and her rare ability to spin thread from moonlight.

When Atoc demands the real Condesa’s hand in marriage, it’s Ximena’s duty to go in her stead. She relishes the chance, as Illustrian spies have reported that Atoc’s no longer carrying his deadly relic. If Ximena can find it, she can return the true aristócrata to their rightful place.

She hunts for the relic, using her weaving ability to hide messages in tapestries for the resistance. But when a masked vigilante, a warm-hearted princess, and a thoughtful healer challenge Ximena, her mission becomes more complicated. There could be a way to overthrow the usurper without starting another war, but only if Ximena turns her back on revenge—and her Condesa.

“Words empowered by justice can never be silenced.”

“Rising tides can’t be held back, but they can be ridden. I have to ride this wave through. It’s the only way I’ll be free.”

“Inkasisa is home to thousands of indigenous people, and Illustrians came in four hundred years earlier and turned everything on its head. Before us, they’d built fortresses and roads, had armies and used the stars to navigate. The stars. We claimed the stars for our own.”

“I’ve never thought about what that day must have been like for the Llacsans. It’s easier to focus on what we lost and what they gained. Beyond that, anything else makes the solid ground I’m standing on wobble. I want to remain standing…not topple over and forget where I came from.”

“It’s strange I don’t fit into the box you made for me?”

“To heal people, you have to understand them. You have to take the time to listen and actually hear what bothers them.”

“Not every fight can be won with fists and swords.”

“Every scar tells a story.”

Isabel Ibañez was born in Boca Raton, Florida, and is the proud daughter of two Bolivian immigrants. A true word nerd, she received her degree in creative writing and has been a Pitch Wars mentor for three years. Isabel is an avid movie goer and loves hosting family and friends around the dinner table. She currently lives in Winter Park, Florida, with her husband, their adorable dog, and a serious collection of books.

Enter the giveaway to win a copy of Women in Moonlight!