Thank you to the Fantastic Flying Book Club for giving me the opportunity to be on the blog tour for All the Stars and Teeth! 🖤

Don’t miss the excerpt and giveaway at the end of this post!

All the Stars and Teeth
by Adalyn Grace 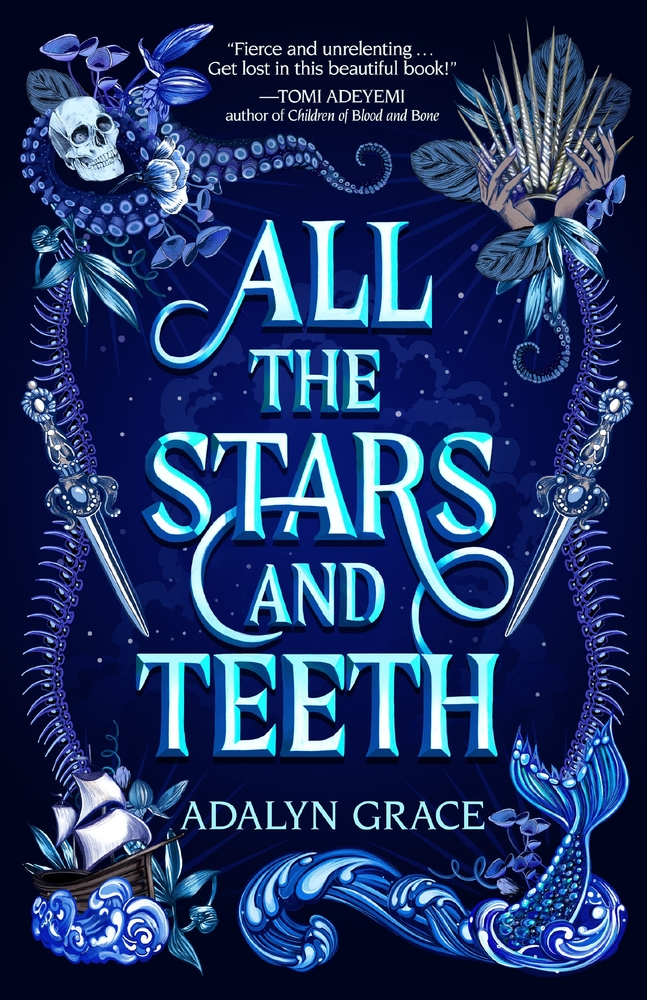 Set in a kingdom where danger lurks beneath the sea, mermaids seek vengeance with song, and magic is a choice, Adalyn Grace’s All the Stars and Teeth is a thrilling fantasy for fans of Stephanie Garber’s Caraval and Sarah J. Maas’s Throne of Glass series.

As princess of the island kingdom Visidia, Amora Montara has spent her entire life training to be High Animancer—the master of souls. The rest of the realm can choose their magic, but for Amora, it’s never been a choice. To secure her place as heir to the throne, she must prove her mastery of the monarchy’s dangerous soul magic.

When her demonstration goes awry, Amora is forced to flee. She strikes a deal with Bastian, a mysterious pirate: he’ll help her prove she’s fit to rule, if she’ll help him reclaim his stolen magic.

But sailing the kingdom holds more wonder—and more peril—than Amora anticipated. A destructive new magic is on the rise, and if Amora is to conquer it, she’ll need to face legendary monsters, cross paths with vengeful mermaids, and deal with a stow-away she never expected… or risk the fate of Visidia and lose the crown forever.

I am the right choice. The only choice. And I will protect my kingdom.

Adalyn splits time between San Diego and Arizona with her bossy cat and two dorky dogs, and spends her days writing full time while trying to find the city’s best burrito.

She has several projects in the works, and hopes to continually push the boundaries and explore the limits of upper young adult fiction.

Enter the giveaway to win a copy of All the Stars and Teeth!