Fan of retellings? Especially sapphic retellings? Where women deny the status quo and fight for justice? Me too. Cinderella Is Dead by Kalynn Bayron delivers, and I hope it will inspire you as much as it inspired me.

Check out the book trailer, author interview, favorite quotes, and review of the book below!

It’s 200 years after Cinderella found her prince, but the fairy tale is over. Teen girls are now required to appear at the Annual Ball, where the men of the kingdom select wives based on a girl’s display of finery. If a suitable match is not found, the girls not chosen are never heard from again.

Sixteen-year-old Sophia would much rather marry Erin, her childhood best friend, than parade in front of suitors. At the ball, Sophia makes the desperate decision to flee, and finds herself hiding in Cinderella’s mausoleum. There, she meets Constance, the last known descendant of Cinderella and her step sisters. Together they vow to bring down the king once and for all–and in the process, they learn that there’s more to Cinderella’s story than they ever knew . . .

This fresh take on a classic story will make readers question the tales they’ve been told, and root for girls to break down the constructs of the world around them.

Sophia, our main character, is so much braver than I’ll ever be. She’s someone we aspire to be like: courageous, true, empowered. Honest. She’s unwilling to accept a fate where she must sacrifice her happiness and identity. She’s willing to risk her safety, security, family to escape her tyrannical, patriarchal kingdom with her first love and childhood best friend Erin. Yet Erin refuses. Erin is willing to go to the ball, deny her sexuality, marry a terrible man in order to fit in to society and please her family.

I have been an Erin. (Not in the marriage department, obviously. I’m happily married to my best friend.)

I have denied my identity, lashed out at others, pushed my true self down to fit in. To keep relationships with my family. To be accepted. But that’s not real acceptance. That’s an outward acceptance for an inward rejection. It’s the worst kind of rejection, when you refuse yourself.

I might never outwardly accept myself for all of my identities, but this book inspires me and others to accept ourselves (at least inwardly). To live a happy life. A life where we embrace our identities and invite others to do the same.

I think sometimes we make the mistake of thinking monsters are abhorrent aberrations, lurking in the darkest recesses, when the truth is far more disturbing. The most monstrous men are those who sit in plain sight, daring you to challenge them.

It’s risky…But sometimes that’s the only way to get things done. Take the risk, light the fuse. Onward.

The palace underestimates the resourcefulness of women forced into a dark and dangerous place. 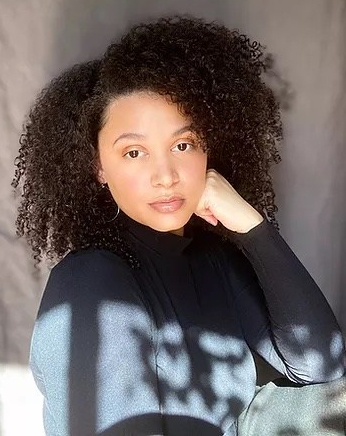 Kalynn Bayron is the bestselling author of Cinderella is Dead. She is a classically trained vocalist and when she’s not writing you can find her listening to Ella Fitzgerald on loop, attending the theater, watching scary movies, and spending time with her kids. She currently lives in San Antonio, Texas with her family.